One of the most awesome cyberpunk sports games released, has to be Speedball 2, by the Bitmap Brothers.

Speedball 2 is a violent futuristic cyberpunk sports game, released by The Bitmap Brothers. We’ll be playing the Amiga version. It was originally released in 1990 and has had many re-releases over the years, including the Xbox 360, Playstation and iPhone.

It’s a unique combination of handball and ice hockey, where violence is rewarded just as much as making goals!

The Bitmap Brothers are well known for their art style and published some of the most popular games from the 90’s, including Xenon, The Chaos Engine and Z.

In Speedball 2 you manage a team of 9 players that you select and upgrade, in the game you control each of these players and try and get points by hitting targets on the floors/walls, injuring other players and obviously making an actual goal.

As a fun fact, when a player is injured, he is replaced by one of three substitutes. If all three substitutes are injured, the injured player will be forced to return to the game and play on in spite of his injuries. Speedball has five game modes: knockout, cup, league, practise and multiplayer. Each game lasts for 180 seconds. 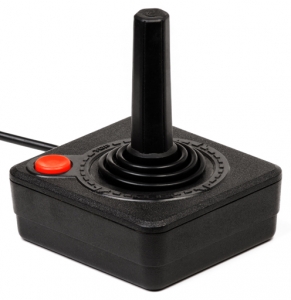 I’ve always played Speedball 2 with a Joystick, which made the game feel really fresh and responsive, although playing with the keyboard is definitively do-able, I think the game is best enjoyed with a joystick or controller. Playing this game with 2 players is a lot of fun and isn’t like the many other sports games out there.